Jack Cushman started Christopher Lee Publications, Inc., now FlipperGuides, in 1969 in Glencoe, Illinois. Mr. Cushman served in the Air Force as a pilot during World War II. Following the war he graduated from Michigan State University with a Bachelor of Arts Degree and Masters Degree in education.

Mr. Cushman was a teacher, principal, and superintendent of schools as well as a freelance writer. In 1968 he wrote a workbook centering on math story problems entitled “Comprehend, Compute, and Learn”. Unable to find a publisher, he started his own business. Over 100 workbooks followed in the areas of math, social studies, language arts, and science. A dozen games in the same subject areas were published.

In 1974 Mr. Cushman developed the “Flipper” concept and published the “Punctuation and Capitalization Flipper”. The “Flipper” product line now includes over 60 titles with over 5 million “Flippers” in print. Also, Christopher Lee Publications, Inc., now FlipperGuides, has published custom “Flippers” on 100's of topics for businesses and schools. Mr. Cushman passed away in 1996 at the age of 74. 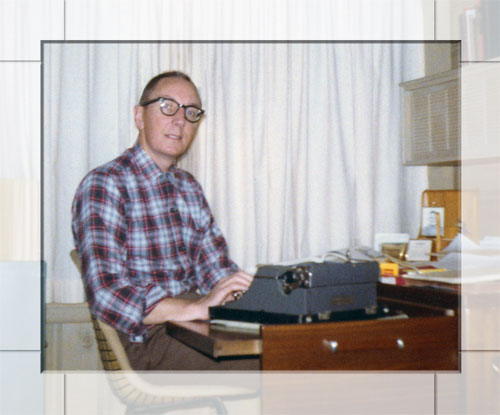